Failing at something can bring on deeply rooted fears if you are not strong enough to pump yourself up to get up and keep moving. The fear of failure, fear of making mistakes, fear of loss, fear of success, fear of what others may think, or fear of not being enough can all trigger subconscious thoughts of not being successful in your attempts to the point of stagnation.

You don’t have to choose to suffer from Atychiphobia, which is the abnormal, unwarranted and persistent fear of failure. Fear of failing is a phobia that develops in the subconscious mind brought on by some trauma that has caused you to see any options to move forward as risk that may result in unwanted results.

Allowing the fear of failure, or Atychiphobia to take control of your subconscious mind means you have allowed it to unconsciously undermine any efforts and options that you may attempt to try to move yourself forward to live the L.I.F.E. you would most desire to be living.

Second-guessing your thoughts, your actions and asking yourself fear based questions, forces you to focus on the negative results that could potentially happen, without ever allowing thoughts of the positive to enter your mind. By opening your mind to contemplate and focus on failure you are allowing fear to creep in and take resident.  Once it is there you may not be aware that this deeply rooted subconscious fear is controlling your actions, while you self-sabotage your greatest opportunities to win in L.I.F.E.

Each step on the ladder of success is a rung called failure that brought forth valuable lessons that you continue to step up on to the next rung to try again.  With each step you are gaining momentum and POWER because you have more information and confidence than you had in the previous step.

Failure is not a bad thing, it is a positive learning tool.  Society continues to shame us for taking risk and chances by labeling us a crazy, unwise, or people who don’t think straight.  However, only those that were willing to climb the ladder of success have the courage to step up on failure to keep climbing to reach their goals, and they were labeled crazy and shamed for their ideas to take risk too.

Successful people don’t look at what people think, they don’t see shame, and they don’t see failure as an obstacle, but as a tool that continues to allow them to tinker with their ideas until they figure them out and bring their dreams into fruition.  Once they do, miraculously they aren’t crazy anymore, but now they are a genius.  The genius is in persistence to win.  The genius is in using failure as a tool to gather the necessary information.  The genius is in having the courage to get up and step up on failure to keep climbing until they got to the top of the ladder and achieved the goals they were stretching for.

Failure allows you to process trials and errors to find and analyze the right methods to attain the goals you are reaching for.  It helps you to assimilate information to put together a magical formula to process all the necessary factors that will bring about the success you are seeking.

Failure is not designed to create shame and fear. You get fearful because you don’t want to fail.  However, by watching a baby continue to get up and try to walk and how many times it must fall before it does you only see the baby’s success, never their failed attempts to stand and walk. Failed attempts are the try and try again moments. This is what failure is. A lesson, an opportunity to try again with more information, awareness and wisdom in hand. It is an object lesson that teaches you that you gotta get up and try again until you eventual strike, get it right and succeed.  This is climbing the ladder of success, and you can do it!

Stop being panicked and in fear of making a mistake. You are missing the object lesson that the mistake brings forth.  Your ego wants you to never make mistakes, but you were born to do just that, because mistakes are a tool that Spirit blesses you with that teach you where you are going as you learn from the process that it takes to get there.  You learn what works and what doesn’t work from the system of errors or failures that you experience.

If you get stuck in the fear of failing you will never step up on the ladder to the next rung.  You will never be able to climb up to the top of the ladder to see your goals met.  You will simply sit in your failure and continue to recite your candid excuses as the tools to disguise your fear, thinking about how it didn’t work last time, instead of seeing the adjustments you can make from the failure you experience to improve the next try.

Stop saying you can’t do it.  Can’t is a contraction, which is basically a formation of a word from a grouping of other words.  So, in essence “Can’t” is a made up word, from the words can or not.  Either you can or you’re not.  Which one is it?  Either you can move past fear of failure and succeed or not. Which one is it?   KEEP GOING. YOU ARE GROWING.  No pain, no gain…  Get up and climb the ladder.  Keep stepping up on the rung(step) called failure and you will eventually see your self successfully reaching the top.

Diva is a mystic, author, and ordained metaphysical minister and practitioner. She holds a Doctorate Degree in Metaphysical Counseling from the University of Sedona and has a passion for personal transformation and individual empowerment. Her illuminating holistic message embraces the principle of perfection, which is at the center of each person's being. Diva's message of ONEness fires an immediate vibrational shift in consciousness. Her unique delivery and presentation style combines entertainment and interactive mediums to engage participants in their illumination process. Diva is the CEO of Dr. Diva PhD, and the visionary founder and Executive Producer of the DivaStyle TM Intensive, which elevates self-esteem in young women through self-mastery, personal development and holistic life empowerment training. Entrepreneur Magazine acknowledged her as an entrepreneur with a Dream, and she has been recognized by the Los Angeles Times, the NY Daily News, CNBC, MSNBC, the Chicago Tribune and a number of radio and television broadcast. Her book, “Live Your Power and Manifest Your Dreams”, due for publication this summer, outlines a simple method to reprogram and transform the thought processes to align the individual with the SOUL, which is the creative force yearning to manifest dreams. It depicts the self-sabotaging habits that continue to distance success while plaguing one with fear, while providing the guidelines for self-responsibility that lead to higher awareness and positive spirituality to renew consciousness and heighten self-esteem. View all posts by Dr. Diva Verdun 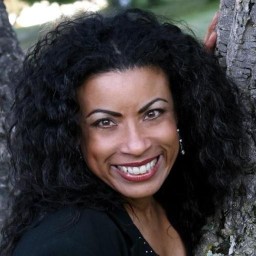